A view over Tokyo

Today it’s sunny! No rain anymore! I was happy and decided that it was a good day to get a better view over Tokyo. So I headed to the Tokyo sky tree. The tower is inkt open for 3 jears now, so even for Japanese people it’s very new. There’s a maximum of 10.000 people a day, but this day it was very quiet. I only had to wait for one hour.

They take you up to the first level with an elevator to 350 meters with a speed of 600 meter/seconds. That’s really fast! And the view was marvelous! It’s the first day without rain and although there were some clouds, the view was terrific!

But they “a good view” a step further. I went to 445 meter! What a view. I kept making pictures and pictures. You could even see the tower his own shadow! I stood there for a while and went down, taking the images with me.

Down on earth I decided to have some dinner in a ramen restaurant and maybe head to home, but luckily I walked into a buddhistic festival with a lot of food and little shops. Really nice to get into the feeling of a Japanese crowd. I had no idea what it was about, but it was nice!

The next morning I got Collin from the train station. He had the same flight as I supposed to had, only a couple of days later. We went Some shopping, geocaching and some eating. It was really hot today! We took a walk in the gardens of the imperial palace and headed to the Starbucks for a meeting with other IST members. 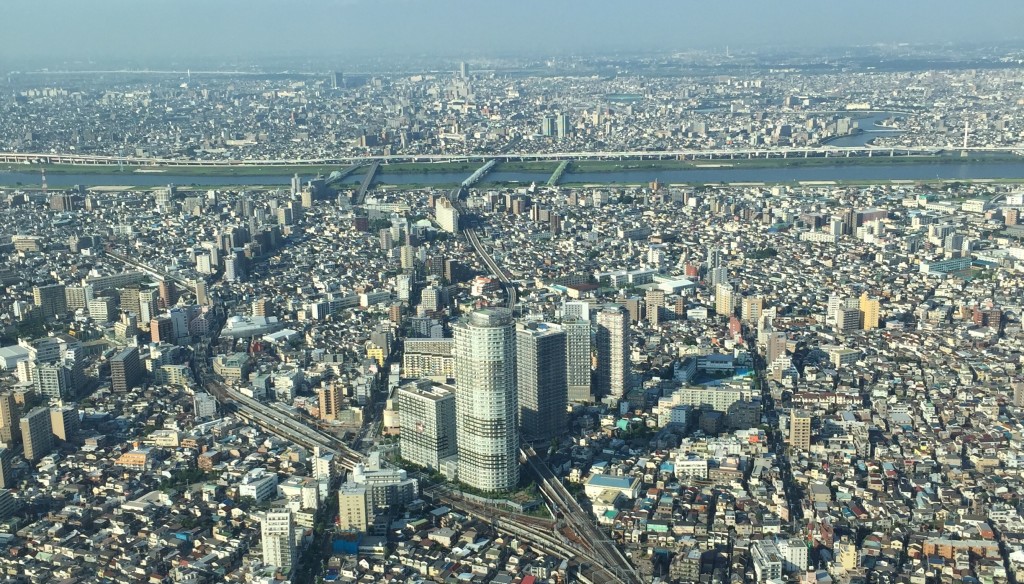